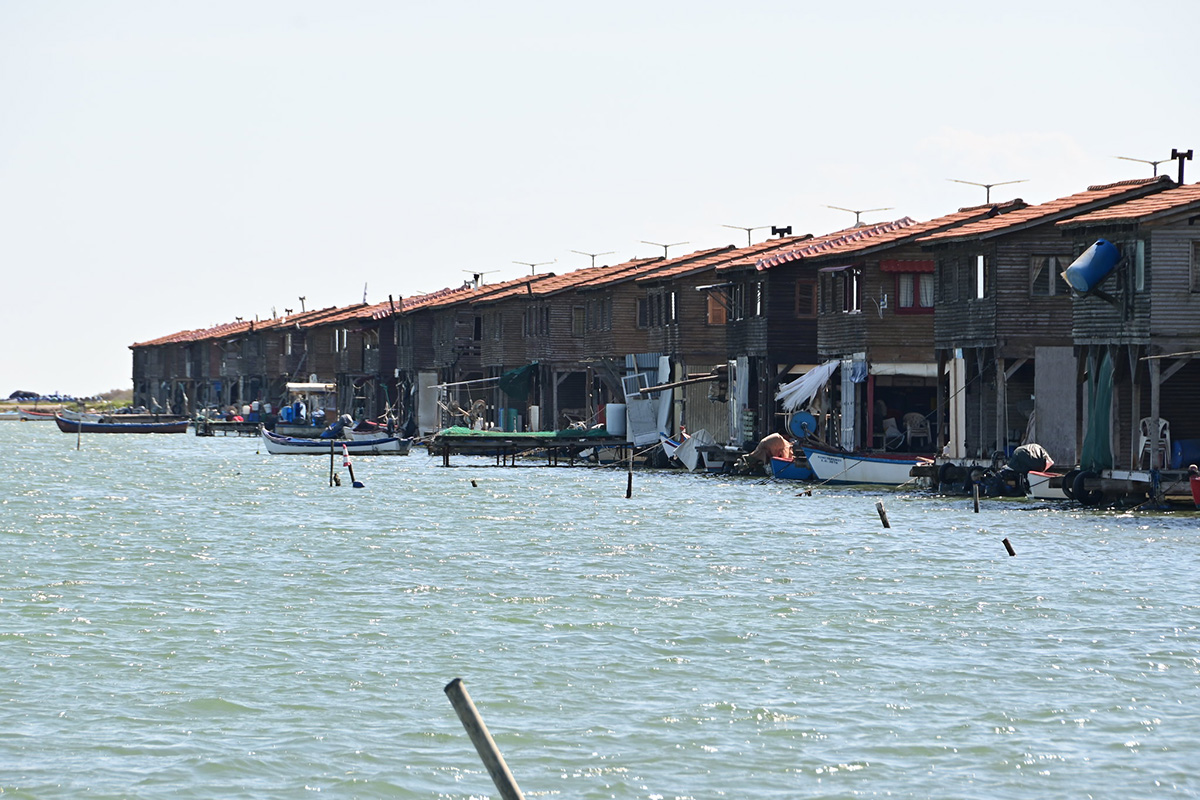 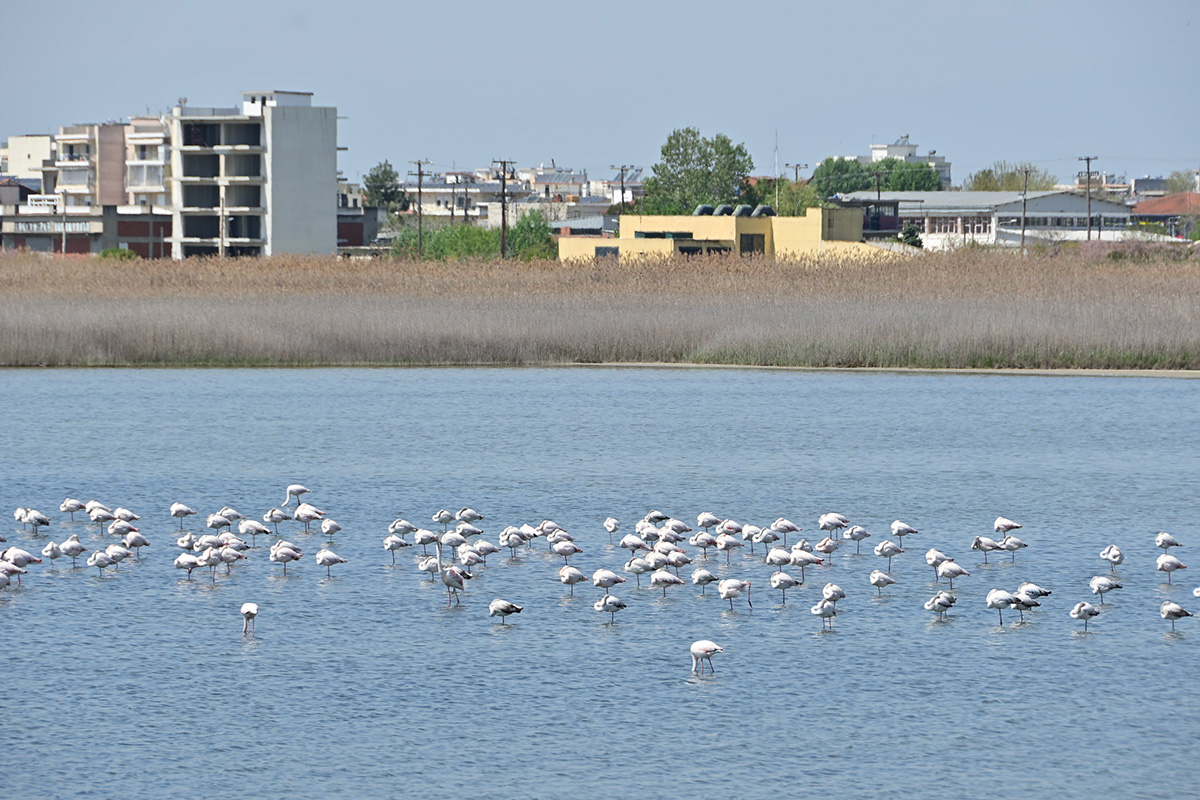 2. The wetland of the National park Axios-Loudias-Aliakmonas 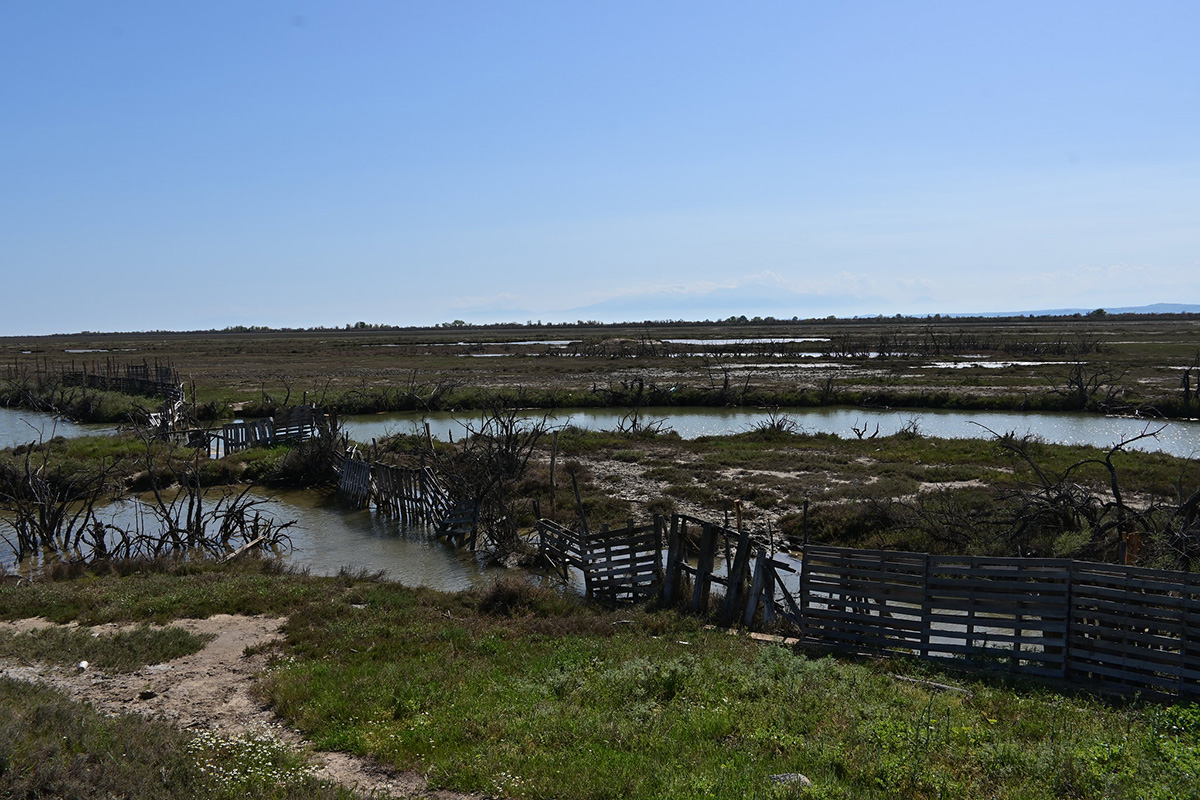 Chalastra is a 7,270 inhabitants (2011 national Greek census) town located 20 km west of Thessaloniki at the altitude of 11 meters above the sea level, on the plain of the Axios River. Next to the town, the delta of the Axios river is a wetland area of international importance that belongs to UNESCO sites. The delta environment is characterized by a large biodiversity of rich fauna and flora, including rare migratory birds.

In the low land a few km west of Thessaloniki, is located the Kalochorion village (4,672 inhabitants, 2011 Greek national census) with the nearby Kalochorion lagoon, which belongs to the Regional Unit of Thessaloniki. The village is placed near the coast of the Mediterranean Sea on the east bank of the Gallikos (Echedoros) river delta, in the Thermaic Gulf. The Kalochorion lagoon is part of the European Ecological Network of NATURA 2000 Areas, a network of nature protection zones in the territory of the European Union.

The Kalochorion lagoon and the Chalastra area are constantly subjected to floods because between the Kalochorion, Axios and Aliakmonas rivers deltas, the sea level is constantly rising. The sea level rise in this area is exacerbated by a significant land subsidence (gradual sinking of land due to natural and anthropic causes). More specifically, between 2014 and mid-2019, occurred a land subsidence at about 1.2 cm per year that added up to about a 2 mm per year of sea level rise that occurred in the time span 1993-2000.

In addition, the area is highly vulnerable to floods because the Axios river flows in a poorly sloping area, thus prone to frequent river overflow in case of heavy rains. The large amount of sediments transported by the river sets the water drainage a very difficult task because sediment deposition raises river bottom and its riverbed is full of trees.

The case of the Kalochorion lagoon is unique in Greece because it is a wetland zone that gradually formed since the mid-1960s as a result of the land subsidence caused by natural soil compaction of soft sediments with the add-on of groundwater over-pumping.

Before the diversion of the Axios River in 1934, the area was often subjected to extensive swamping. In the period 1955 - 1980 the Water Supply Company of Thessaloniki drilled a large number of water wells in the area of the Gallikos River for the water supply of the city of Thessaloniki, while at the same time many more drillings were made by private companies. As a result, the groundwater aquifer of the area fell by 36 meters since 1976. The soft sediments of the plain rapidly subsided in various parts of the lagoon to a depth of 3-4 meters below the sea level, forming a new basin, which became a lagoon connected to the sea.

The current lagoon is fed by the sea water that penetrates below the coast and rainwater coming from the settlement of Kalochorion. Furthermore, in 1976 the construction of the coastal embankment to protect the settlement of Kalochori from risk of flooding, contributed to the formation of the lagoon whose bottom is currently placed at up 1 m below the sea level over an area of 2,260 acres. Land subsidence is relevant at the mouth of the Gallikos River where the poles of the telephone line are standing in the lagoon.

To prevent flooding, a dam was built in 1970. Due to land subsidence, it currently needs extensive maintenance and restoration works. Unfortunately, due to the high costs of restoration, works have been postponed and further delays might be catastrophic for the area, in case of extreme weather events.