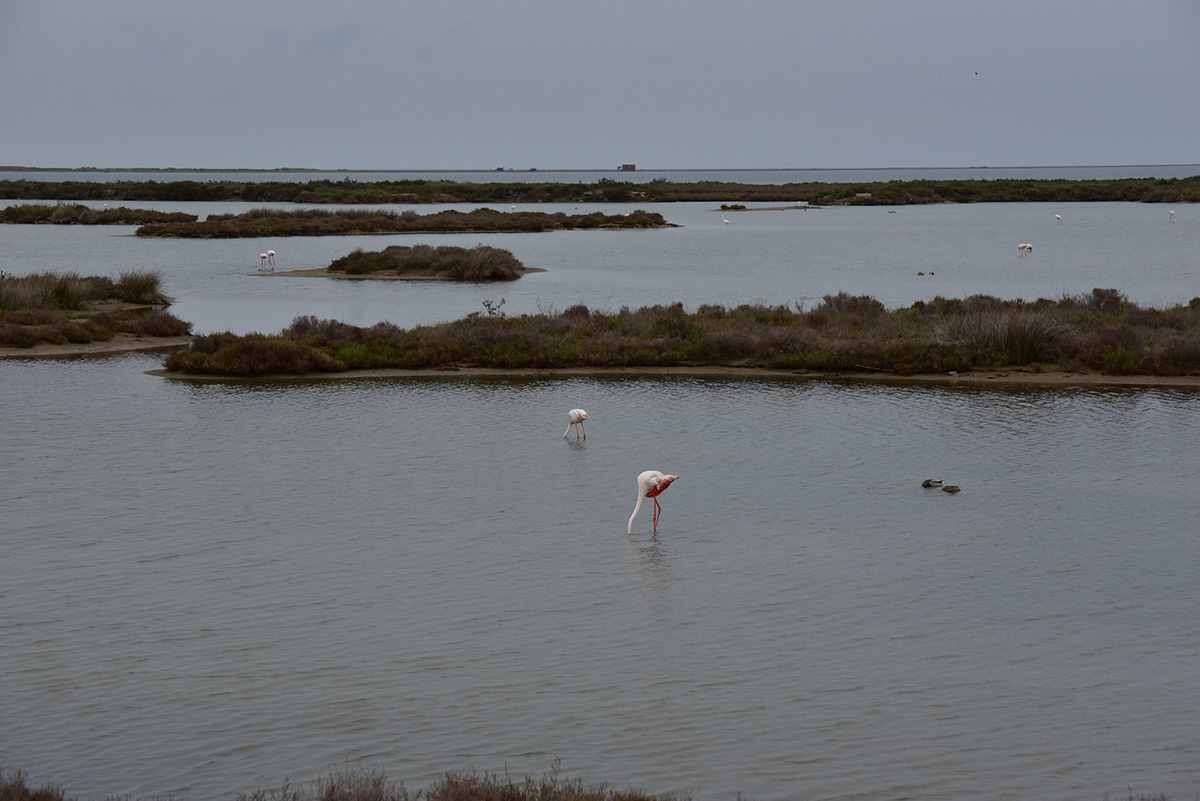 The natural park of the Ebro Delta is located in the Tarragona province, in southwestern part of Catalonia. It is formed by the Ebro River, which outflows in the Mediterranean Sea in the Gulf of Valencia.

For its fundamental ecological, economic, cultural, scientific, and recreational value, in 1993 the Ebro Delta Natural Park was included in the Ramsar Convention, which is a list of wetlands of international relevance. With its 320 km2 of extension, the Ebre Delta is a real paradise for birdwatchers, being this humid region a stopover point for more than 300 species of migratory birds, like wild flamingos and the world's largest colony of Audouin's gulls.

The geology of the area consists of repeated layers of soft river sediments placed at even less than 1 m above the sea level. The delta is continuously shaped by the sedimentary process characterized by the balance between depositions and erosion. The large amount of sediments transported by the Ebro river caused the silting and the subsequent abandonment of the harbor of Amposta, which was still a seaport in the 4th century while is today is placed inland far away from the river mouth. The primary mouth of the Ebro river is currently protected by several small fluvial islands, like the Islands of Garxal (280 ha), Sant Antoni (170 ha) and Buda (1,231 ha).

Due to the low land elevation above the sea level, the Ebro delta is highly exposed to the effects of sea level rise, storm surges and erosion. The hydroelectric dams located along the river (Mequinenza, Ribarroja de Ebro and Flix) have reduced in time the deposition of sediments in the river inlet causing the subsequent retreat of the delta. At the same time, the marine erosion is causing beach retreat and the destruction of coastal infrastructures like an old lighthouse, which is currently submerged. Like worldwide deltas, also the Ebre delta is subsiding  for natural (i.e. soft soil compaction ) and anthropic causes (water table withdrawal), causing a local acceleration of the sea level rise and river floods after heavy rains. In addition, the intrusion of marine salt water in shallow water tables, is limiting the access to fresh water use.

In mid-January 2020, the Ebro river Delta was struck by the heavy storm "Gloria" that caused loss of lives and heavy damages to the local economy. The area was designated as a disaster zone by the Spanish government. Strong winds pushed the sea inland swamping 3,000 hectares and a third of the delta's rice fields. While salt water encroaching on the rice fields was already experienced in past critical events, it never reached such extent.

During the event the local drainage systems were damaged, causing the persistent flooding of areas that remained inaccessible for some days. Even beaches have been severely affected by the storm. The isthmus known as the Barra del Trabucador, near the town of Sant Carles de la Ràpita, remained submerged for several days and many roads were flooded and unusable for several days.

Another endangered area of the delta is the protected area of Buda Island, that is the result of thousands of years of sedimentation and the homeland of over 300 species of birds.