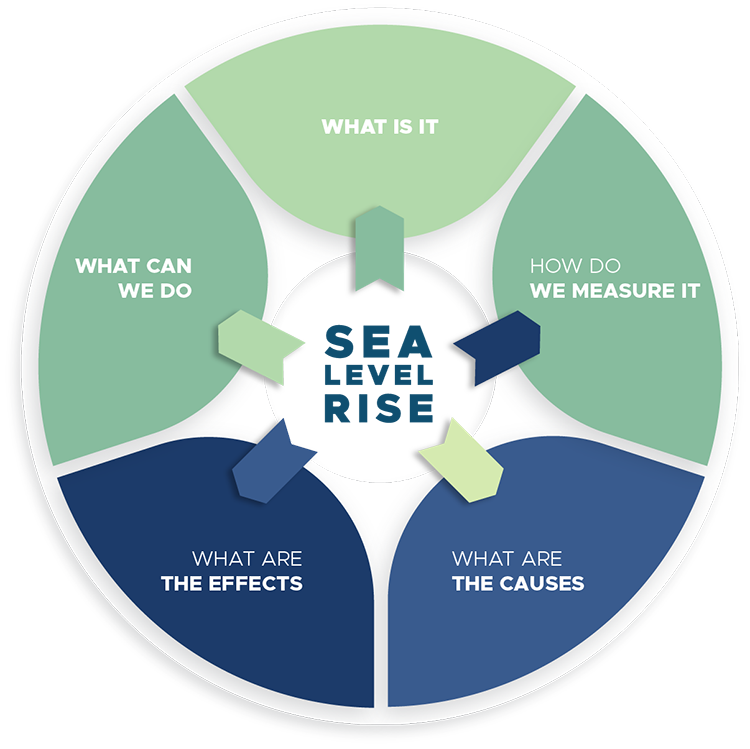 What are the causes?

The major reason for Sea Level Rise is Global Warming:  it adds water to the oceans from melting ice sheets and glaciers; it causes seawater to expand as it warms. However, local sea level may rise much faster than the global average where land is sinking (subsiding).

Global warming and land subsidence are caused by both natural and anthropogenic phenomena.

The natural causes of Global Warming are for example Earth's orbital changes and solar variation. The heavy Greenhouse effect is the anthropogenic cause of Global Warming: the excess of C02, and other so-called greenhouse gasses, are warming the atmosphere too much.

Slow crustal warping is one of the major natural causes of subsidence; while water, gas, and oil extraction are among human activities causing the land to subside as well.

Today human activities have unprecedented impacts on the Earth System. In the last century the heavy industrial development dramatically caused the increase of the Greenhouse effect and in turn global temperatures and sea level to no longer sustainable levels.