The first of a series of meetings that the SAVEMEDCOASTS-2 project will have with  coastal communities of the Mediterranean sea most exposed to the hazards of increasing sea level due to climate change was held in Venice. SAVEMEDCOASTS-2 project’s scientists met with the teachers of first- and second-degree secondary schools of the city of Venice at Palazzo Cavalli Franchetti on 26 October. The event was organized by the Environmental Unit of the Venice Municipality.

Stefano Solarino, scientist at the National Institute of Geophysics and Volcanology (INGV), opened the session talking about how Venice is today and how it could be in the future.

Marco Anzidei, project coordinator and INGV researcher, held a seminar on the causes of sea level rise, effects and future scenarios that the city of Venice might face.

He explained that, although in the Mediterranean sea level rises less than global average, by 2100 several neighbourhoods in the city of Venice could get flooded forever; during high tide events like that occurred in November 2019 the sea could reach more than 2.5 m above the current level. What makes the phenomenon more significant in Venice is subsidence, the downwards movement of the soil due to natural causes, after stopping the subsurface pumping of liquids and gasses, last century.

All this could happen without having protection systems like the MOSE, that has just started to operate, capable of containing an average sea level to safety levels within the lagoon.

However, the described scenarios need major adaptation and mitigation actions to manage effects of rising sea levels. Among these, it is important to raise awareness in teachers, and therefore students, and to provide knowledge of phenomena to young people to begin with. School is where you learn to think, and independent thinking is the best of the possible mitigation actions.

"I got an idea!" is the title of the workshop that Maddalena De Lucia, geologist and expert in science communication at INGV, conducted with teachers. Teachers in small groups could challenge creativity and a proactive attitude. They designed  innovative approaches to help students better understand the phenomenon, future scenarios and think about possible mitigation.

An edu-kit on sea level rise that the SAVEMEDCOASTS-2 project is carrying out for the school has been presented. It will include the outcome of the workshop with the suggestions presented by the teachers.

We thank the Municipality of Venice for the assistance and the teachers at the schools I.C. Spallanzani , I.C. F. MorosiniI, I.C. F. Querini, I.C. San Girolamo, I.C. D. Alighieri e I.I.S. L. Luzzatti (Mestre) for participating in the event. 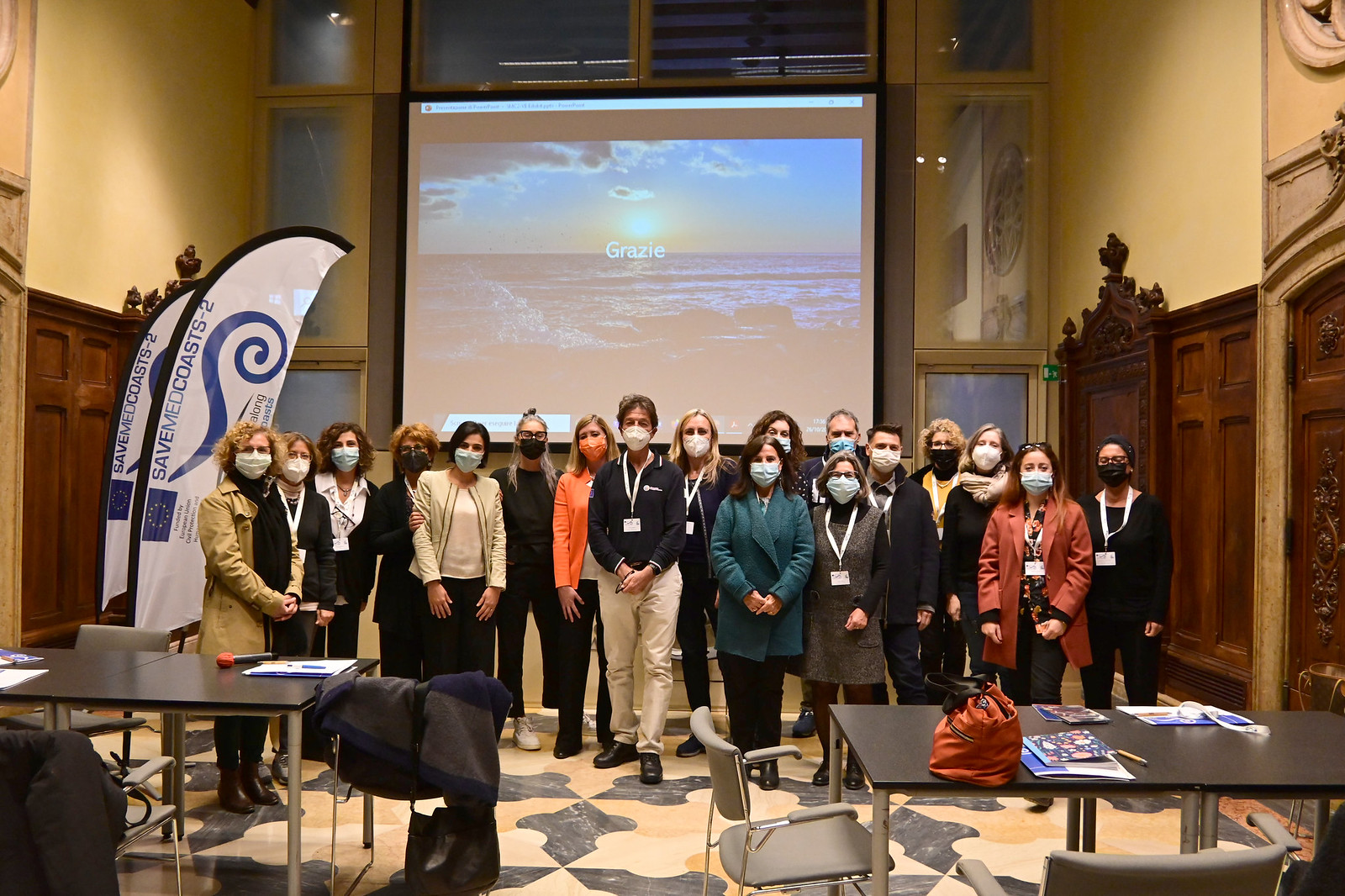