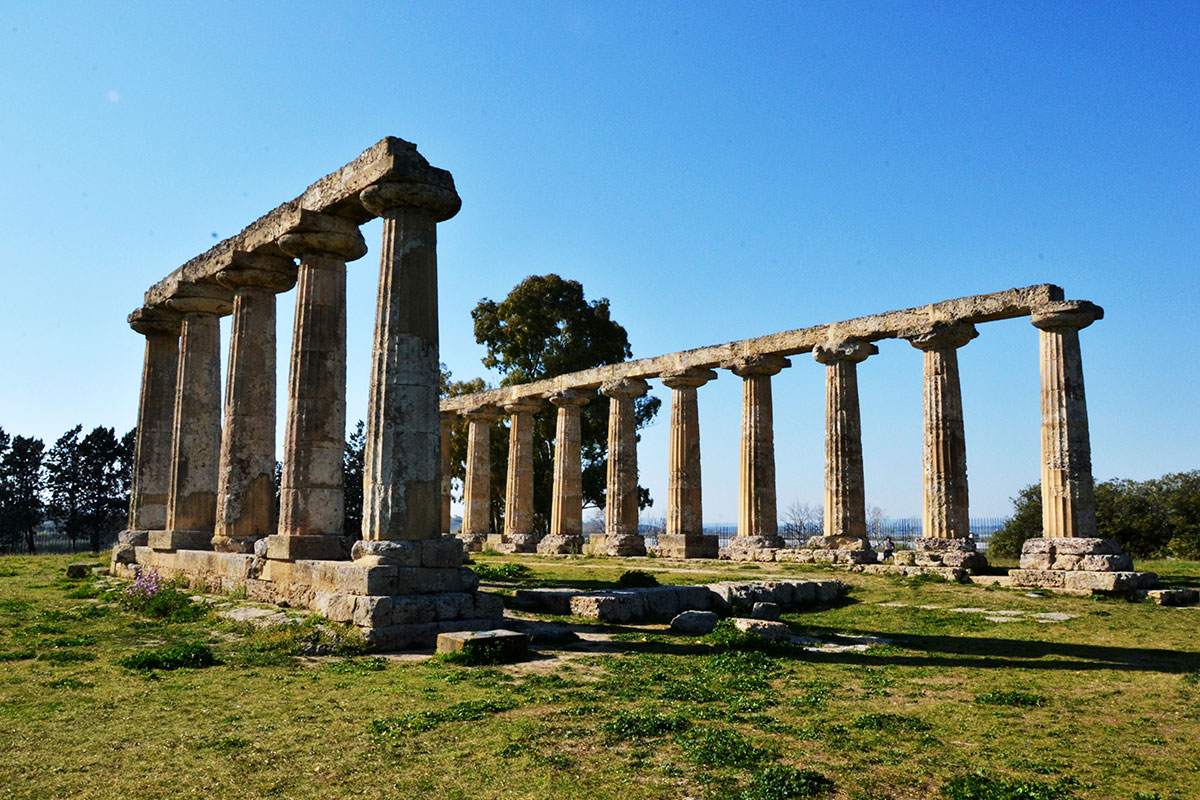 1. The Tavole Palatine ("Palatine Tables") in the municipality of Bernalda. 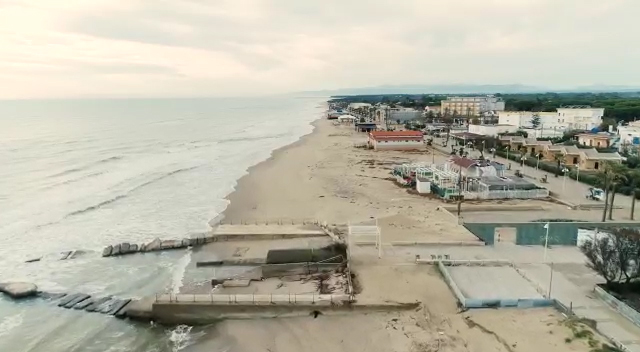 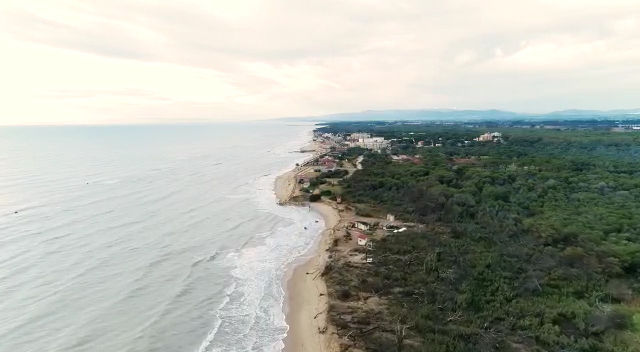 Metaponto is a small settlement of about 1000 inhabitants in the municipality of Bernalda, in the Matera province. It is located between the Bradano and Basento rivers plains at their mouth to the Ionian Sea. The original settlement of Metapontum, one of the most important colonies of Magna Graecia known for cereal production, dates back to the 7th century BC. Today Metaponto is a destination of touristic, archaeological and naturalistic interest. The coast stretches for about 6.5 km with slightly steep sandy beaches, separated by a promenade from the residential area. It is exposed to winds and storm surges striking from S-SE. It hosts kiosks, equipped beaches and artifacts related to reclamation works.

Along the coast two natural reserves occur: the State Natural Reserve of Metaponto, a "wood on the sea" artificially built after the reclamation of the marshy coastal area in the 1930s and the Marinella Stornara State Reserve. The Reserve of Metaponto hosts Mediterranean woods and pine forests just behind the sandy dunes. Inland, the land of alluvial origin is mainly flat and with a high agricultural vocation.

The coastal landscape of Metaponto is dominated by dunes rapidly moving inland. The sandy coast suffers from a depletion of sediment supply caused by upstream barrage structures, built starting in the 1950s, and the recent interventions to prevent hydrogeological instability.

The erosion of the beach by the sea occurs even with light wave motion: waves that are just a few tens of centimeters high travelling at only 10 cm/s can take away sand from the beach.

Extreme rain events in the medium-high part of the Basento and Bradano rivers, such as those of March 2011 and October and December 2013 (150-200 mm in 12-24 hours), cause the rivers to flood and inundate the areas of Metaponto lido, Metaponto borgo, the Palatine Tables. The flood affects the viability of the area (e.g. the road SS 106 Jonica) and may affect an area of at least 40-50 sq km only in the coastal area of the municipality of Bernalda .

The lowland altitude of the coastal strip of Metaponto within 5 km from the seaside (between 0 and +5 m a.s.l.) causes vulnerability to flooding of waterways and storm surges. The frequent floods of recent decades damaged thousands of hectares of crops in the plain of Metaponto. Farms and livestock farms have had to temporarily close their activity, with the loss of hundreds of cattle. From an infrastructural point of view, the main road network has been damaged several times and the sewer networks and drainage channels, occurring in the coastal strip behind the dunes, have been subject to submersion and regurgitation, generating environmental and health concerns.

The coastal retreat due to the action of coastal erosion together with the SLR causes damage to the 'agro-ecological habitat, road infrastructures, sewer and reclamation networks. In addition salty sea water enters both the natural and artificial network of fresh water and aquifers, leading to salinization processes of the soil.

Future global warming scenarios lead to estimation of an average sea level increase of more than 64 cm in 2100. Without any prompt interventions and / or reversal of the natural nourishment dynamics of the coasts, the impact of the SLR could lead to significantly more dramatic consequences than what we see today. The area exposed to risks potentially affected by direct flooding due to river flooding and / or storm surges could reach an extension of about 500 hectares only in the stretch of coast of Metaponto which would be much wider if we also consider the indirect effects of rising water table coastal and salinization.

The coastal system of Metaponto, therefore, has few margins of resilience to attacks from the sea, so it is strategic and vital to define appropriate interventions to mitigate and contrast direct and cascading impacts to immediately cope with dramatic future scenarios.