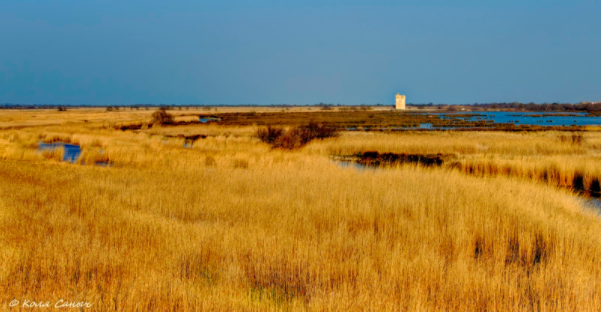 With an area of over 930 km2, the Rhone river mouth (southern France) is the largest river delta of the western Mediterranean. This zone, known as Camargue, is a natural park characterized by a vast plain facing the Mediterranean Sea, where outflow the two main arms of the Rhone river named the Grand Rhône (in the eastern side) and the Petit Rhône (in the western side). A large brackish lagoon is separated from the sea by sandbars and encircled by reed-covered marshes, surrounded by large cultivated areas. The well-known historical city of Arles, famous for the roman age buildings, is the main settlement of this region. Along the coast are the small maritime villages of Saintes-Maries-de-la-Mer, Le Grau-du-Roi, Aigues-Mortes and Port-Saint-Louis-du-Rhône, among the others, which are highly exposed to erosion and sea storms.

The formation of the Rhone river delta developed during the last 7000 years in response to sea-level rise, after the last glacial maximum of 20.000 years ago. The geomorphological features of this area are associated with the evolution of the delta and land subsidence. The latter is associated with the compaction of soft sediments transported by the river. This area is often subjected to floods because it is placed at very low elevation above the sea level and land is poorly sloping toward the sea, thus prone to river overflows in case of heavy rains. In addition, it is very sensible to Sea Level Rise because the most part of this area is lying at less than 1 m above the present mean sea level or even at the mean or slightly below the sea-level.

During the last decades were built breakwaters and barriers to protect the coast against frequent storms that caused flooding and coastal retreat. Due to marine erosion and land subsidence, these structures require frequent maintenance and restoration works, especially after extreme events. For its features, this zone is highly prone to be flooded by sea level rise by 2100 in particular with land subsidence, which is amplifying the effects of beach retreat and erosion.