Venice and the lagoon - Italy 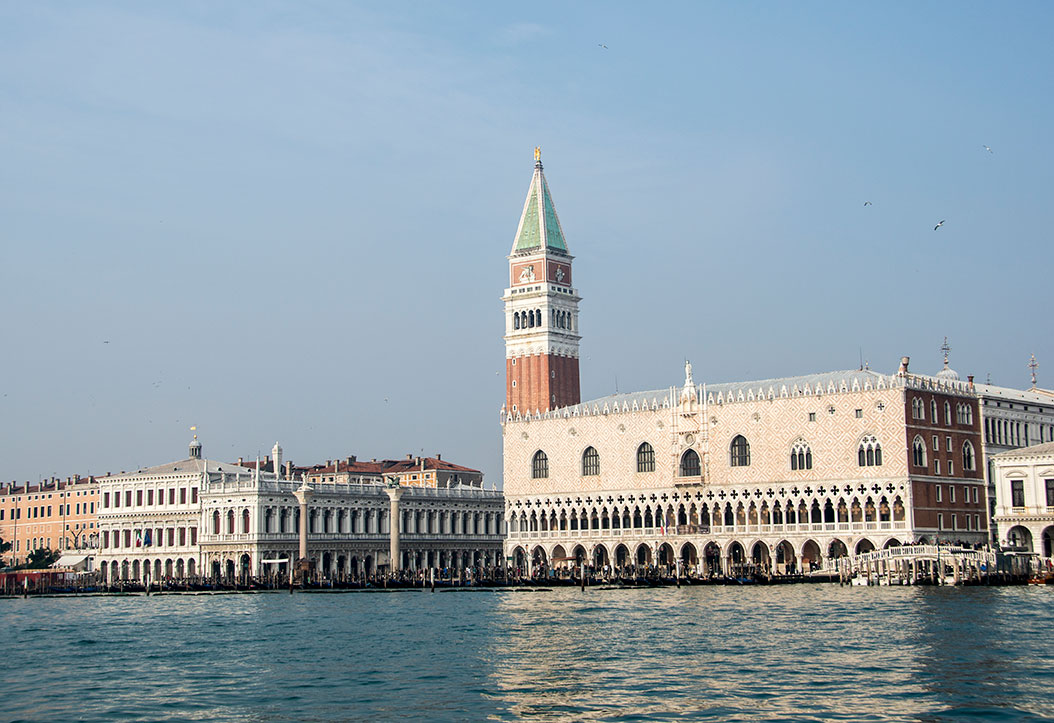 A view of the city of Venice from the Lagoon. 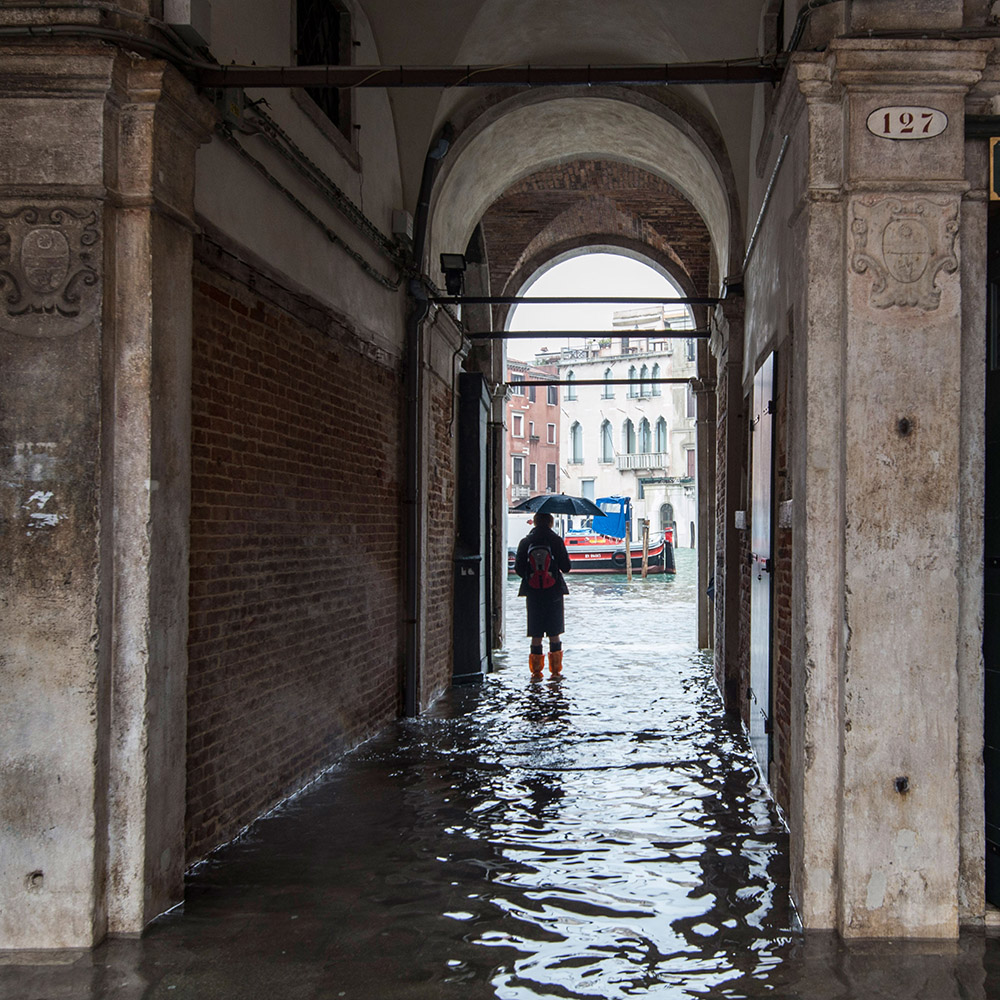 The high water event in November 2019.
Because of Sea Level Rise high-water events in Venice have become increasingly frequent and with exceptional amplitudes.

Venice is a city of about 260,000 residents (more than 60,000 just in the historic center and lagoon islands) visited by more than 30.000.000 tourists, each year. It was developed in a lagoonal environment already in Roman times. It is only partly built on land, while the historical center sits on about 120 islands which are separated by 175 canals and connected by 436 bridges. Venice and its lagoon are the "result of a dynamic process that demonstrates the interaction over time between man and the ecosystem of his natural environment" (UNESCO). Since 1987, for their incomparable environmental peculiarities and for their extraordinary architectural and artistic works, Venice and its lagoon have been recognized as a UNESCO World Heritage Site.

Venice is a cultural and natural asset of unique value that must be best preserved for future generations.

The Venice lagoon is periodically subject to the phenomenon of high tide, when the sea floods islands and villages. When this phenomenon exceeds the threshold of 80 cm above the local mean sea level it is commonly referred to as high water and part of Venice is submerged.

The increasing frequency of high water events over the last few decades is due to the combination of the mean sea level rise caused by global warming and land subsidence (downward movement of the ground due to natural and anthropogenic causes). Extreme and sometimes unpredictable meteorological events can exacerbate the impacts of high tides. When astronomical high tides occur with south western wind (Scirocco) the Adriatic Sea is pushed into the lagoon, causing critical high water levels.

Since the early 1900s, the average sea level in Venice has risen by about 31 cm (https://www.comune.venezia.it/it/content/variazioni-livello-medio-mare )

The average foot traffic level of the city is about 100 cm above sea level; some areas are lower (the narthex of the Basilica of San Marco lies at an altitude of 67 cm above sea level) others higher (area of S. Elena + 190).

This negatively affects life and safety of citizens, tourism and the economy of the city, causing serious damage to cultural heritage.

The future scenario is worrying: the phenomena underway will increase their impact more and more so that, by the year 2100, in the absence of interventions, average sea level will be about 82 cm higher if compared to that in 2005, just as if there was always high water.

In the Fall of 2020 the mobile containment dams, carried out so far at the inlets, were activated twice. Nonetheless it becomes extremely urgent to have scientifically reliable scenarios, for the elaboration of intervention strategies aimed at contrasting the sea level rise induced by global warming, with the aim of improving the quality of life of the resident population.