SAVEMEDCOASTS-2 at the Genoa Science Festival

It’s now online the exhibition "Drawing the Planet. From the Sun to the Heart of the Earth" where the sea level rise is one of the topics addressed. The exhibition was displayed at the Genoa Science Festival XIX edition.

“Thalassa, the sea” has been the exhibition area where maps of coastal flood scenarios have told about a close by and possible future due to increasing global warming. Here SAVEMEDCOASTS-2 gave its contribution.

Knowing which areas in the future could be permanently flooded facilitates making appropriate choices for the preparedness and protection of the population and coastal zones. The rise of the sea level is changing the shape of the coasts affecting thousands of square kilometers of the Mediterranean coast where millions of people live.

An animated infographic presents causes, effects, potential future scenarios and actions to mitigate the rise of the sea and its effects, capturing the attention of the young generations and allowing understanding concepts related to the rise of the sea level in a simple and immediate way.

The lectio magistralis on "Sea level rise- Causes and impacts of a global phenomenon" held on the 1st past November at Palazzo Ducale by Marco Anzidei, researcher of the INGV and coordinator of the European project SAVEMEDCOASTS-2, went more in depth on the topic presenting future, yet realistic, potential flooding scenarios. 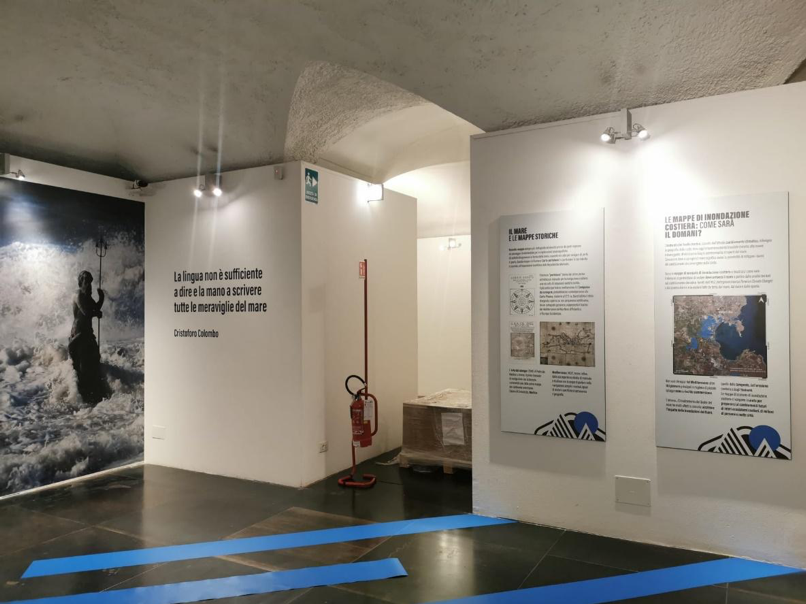